Friends of the Earth commissioned us to write a chapter on the UN Global Compact for a report that voiced concerns about the increasing influence of major corporations and business lobby groups within the United Nations. The report was launched at the United Nations Conference on Sustainable Development (Rio+20) in 2012. We also wrote a briefing paper with detailed information about Shell’s participation in corporate lobby groups. Both pieces of research were featured in Inside Story Americas, an Al Jazeera TV programme. 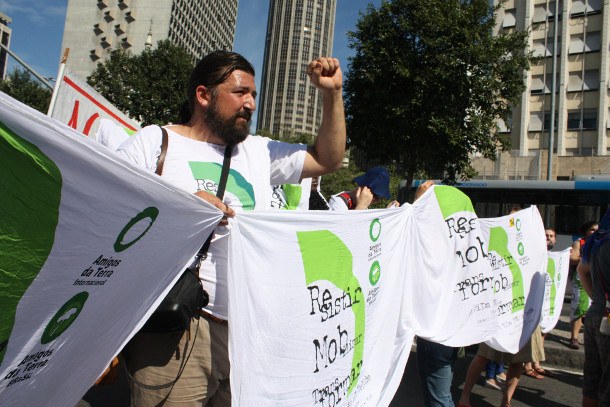